How a women can help another women? ! 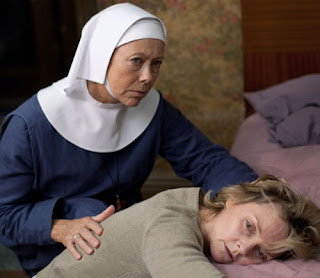 
Recently I happened to read some of the comments made by male readers regarding a lady in one of the gossip web sites . I was quite shocked to read those. For a moment I thought what sort of an animal society we are living in. Men in this country are sick.  But then again I remembered that, these are the people we try so hard to help. These are the men we try to develop and uplift. If the attitudes of the men in Sri Lanka changes, women in Sri Lanka will anyway reach the sky. So much of potential just go hidden in shades of pathetic men.

Women for other women

I feel that, before we change men, women should make an effort to respect each other first. Out of desperation, I thought I should have this in writing, even if its out of my scope for this site.

How can a women help another women?

This is how I feel.

In a way, women should be partly responsible for the behavior of men in our society. There's a saying that "To treat your wife like a princess, you need to be brought up by a queen". Men who insult women are the people who certainly do not have any respect for their mothers. So unless women take the step to teach their sons to respect women, ultimately society will let her as well down.

Do not discuss with your sons how bad the next door guy's daughter cook or how short the skirt of his friend's girlfriend. Stop justifying rapes saying that

"Oh she would have got raped, because she dressed like as if she is asking for it"

Unless you respect women first, your sons will never do so. I'm so good in identifying people, usually I can tell about someone's mother when I talk to a person for few days :D

2. Don't be jealous about other women who progress

For some reason, women I meet are always talk about other women :D Mind you these are straight women.

"You know Nishadee, Kumi has got a good job. Finally she managed to catch a man also. I don't know how she did that with her ugly duckly face, she passed the final exam as well. etc etc etc".

3. Don't be happy when another women falls

"OMG Did you hear what happened. Yesterday that fat Sashi's jewelry shop has been robbed. You should have been there. Her face got all red and her hair is all messed up. Good thing for her. She is sooo big headed". I hate her !!!

When I hear that, I felt that this same thing could have happened to this women who said this. Then should I laugh at her?

4. Don't worry so much about other women's cloths

"look at the way she dress, she must be saving all her money."

This is a comment by one of my friends who recently landed in Sri Lanka.

Below is a comment by one of the old ladies in our villege.

"Look at the way she dress. Even after getting married, she is not wearing a saree". Very bad. These people don't know our culture."
I felt both my young friend and this old aunty are the same in heart.

What other women do with their money, whether they buy cloths or save it or donate it or not is none of your business. Unless you give a professional advice to a friend or unless you are a Human resource manager who is responsible for employees' cloths, I don't think you should give a damn about  other women's cloths. Its all right to enjoy fasion and compliment. But do not make it a point to make someone's life misserable with your fasion missions.

In rural language, "don't be a bitch".

I've seen many women take great interest in other people's men than taking care of their own men. When their husbands just suffer at home doing everything, they are being so nasty to them while trying hard to be 'darlings' of other women's husbands. Why?

When I asked "why", one women told me that it gives a self satisfaction to think that a man likes her over his wife. Wicked. As phycatrists  says these are not the women who lack attantion or parental love as kids. They had great families, very well looked after and had everything in life. So I have no idea how they became so pathetic people :(

Why all of you women should at least try to help women?
Because  all of us in someway responsible for the current crisis of women in Sri Lanka. People do not realize the bad they do, until it happens to them. When most people tells me the bad things people tell them, a memory back in my mind tells me "Oh she said something similar to another person".

Hope we can make this world more beautiful if we try bit harder :)

Email ThisBlogThis!Share to TwitterShare to FacebookShare to Pinterest
Labels: General