The power of a single story - My perspective

I came  across this awesome speech called the "Danger of a Single Story”, by Chimamanda Adichie, a young Nigerian author. While explaining the single stories she went through in life, she points that "The single story creates stereotypes, and the problem with stereotypes is not that they are untrue, but that they are incomplete. They make one story become the only story.” omg how true ! How many of us lives with single stories? It is much more powerful than we think it is and we should also think how a single story creates. 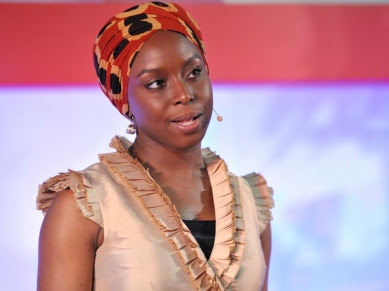 There were many single stories I've come across.  There's a famous Sri Lankan saying that "there won't be fire without smoke". Just as she says, single story is not the only story. But in my perspective, single story is the story for most of the times when it comes to some stories. But I have to agree with her on people need to be aware of all possibilities. Because there could not be a single story about any place or any type of a person.

I thought it may be worthy to share some stories.

Some of the single stories I came across

Many years back, my father took me to watch a football match in Colombo. It was a finals of a SAF games and the match was between Sri Lanka and Pakistan. There were couple of other events took place before the match. Through out the event, announcements were  done in English. Then all of a sudden, there was an announcement in Sinhala. It said
"All Sri Lankans, please make sure you support and cheer Sri Lanka team during the match"
I found it quite funny. "Do they have to say that"? I asked my father. "You wait till the match starts, you will realize why", replied him. About 15 minutes before the match starts, a whole heap of people entered the ground and all of a sudden it was house full. They carried Pakistani flags, but spoke in Sinhala and Tamil. They were cheering their heart out for the Pakistan team. Sri Lankan football team consist of many Muslim players, and they screamed at them threatening not to play hard. Those "Sri Lankan" fans burned Sri Lankan flags, break the flags in to pieces. Then they started fighting just for fun and then covered their small wounds with the left over pieces of the national flags. As I looked with disgust, my father thought its better to take me home than sitting there. That was my first attitude towards Muslim people watching matches.
I studied in a Buddhist school and did not have much opportunity to associate with many Muslim people. Couple of years later, I started working and then I had lots of Muslim friends. I did not remember that incident until I had to go to a cricket match with them on one particular day and that too was Sri Lanka Vs. Pakistan . I had a single story about Muslim people and matches. I was quite nervous. But my friends on that day changed my single story. They were devoted Muslims and very loyally cheered for Sri Lanka as much as I did. Then I realize that it was about different people. We cannot generalize it to a particular religion.

I heard a similar version of this story from two of my friends residing in two different Scandinavian countries. There are large number of economic refugees (and few actual refugees as well) from Sri Lanka living in these countries. My friend who is a doctor working there once went to another city on a trip. There he met a person.  He asked from my friend, which country he came from. When he replied he is from Sri Lanka, that person has said "oh a refugee" ! My friend has got quite shocked and explained that he is not. Then his visitor was even more shocked, he said.
That man had a single story about Sri Lanka. Everyone he know from Sri Lanka were refugees and they were involved with all sorts of bad things. He never thought that it is a country where there are educated people who can actually apply for a job visa and come there.

There were couple of girls in my class who were good cricketers. At the time we studied, we did not have a cricket team in school. So one day we went to a particular teacher in charge and asked whether we can start a team.
"madam, there's so many talented players out there. We certainly can start a team". I spoke with her on behalf of others.
"Are you crazy child? Now look at the team in that (she mentions a name of a school) school. All lesbians. Cricket is not a game for girls". was her reply.
She has seen a particular ladies team with girls having short hair and she on her own thought they were homosexual people and she did not like it. She had  a single story about girls with short hair playing cricket.
"If all the players grow their hair, would you agree to give permission to start?" I asked. She was shocked. She never thought its possible to do. She never thought that a game and hair has nothing in similar.

p.s - no disrespect to any gender with my above story.

Another story from my set of hilarious aunts. I have this aunt who is very conventional. She has properly labeled people and had many single stories about people. Unfortunately her beloved son, my cousin fall in love with a girl who happened to be the games captain of a near by school. My aunt was furious and crying. When I asked why, she said
"He is going out with a girl who is playing netball. How come she ever become a good mother? All she know is jumping up and down wearing a short skirt" (mind you my aunt was referring to her playing netball).
My aunt had a single story about who can be a good mother. She measured it with the appearance and the behavior. Only the women who are dressed in long skirts and talk slowly, can fit in to that category.
Years later they got married and they had a baby in another country. She left her job and brought up the child all alone with having my cousin's help only at night after he came after work. Everyone agrees that she is a very well bought up little child. Now my aunt can't even remember the single story she had about  who can be a perfect mother.

Single stories don't just pop up. Majority of the times, there is a reason behind them. But we can change them. Most importantly we can bring up our children having open minds. We can inspire people around us to realize there are no single stories about anything.
Then no one will believe one sided news. People will vote politicians with more sense. People will have happier family lives. People will not follow some inhuman saying on a book without thinking about it with humanity and people will respect each other and there will be less stress in the society.
I couldn't have finish this any better than Chimamanda Adichie finish her speech. To repeat her lines
"When we reject the single story, when we realize that there is never a single story about any place, then we regained kind of a paradise".

Email ThisBlogThis!Share to TwitterShare to FacebookShare to Pinterest
Labels: General